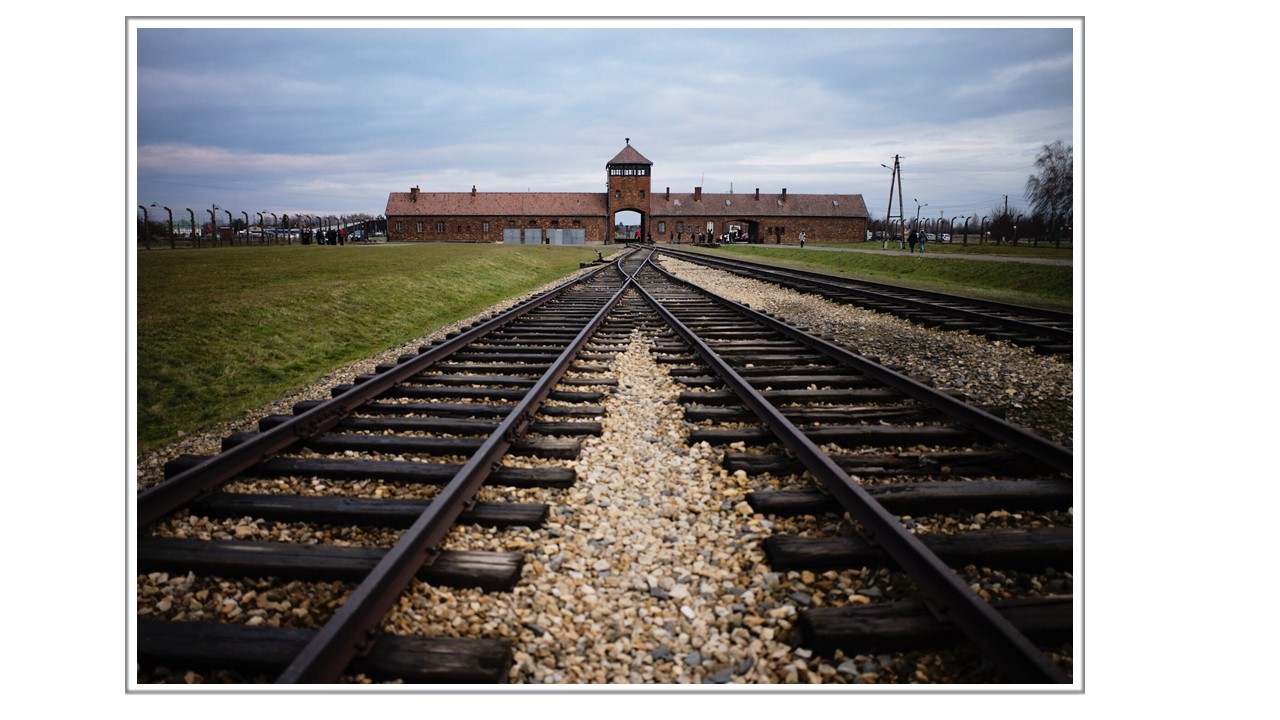 This past Monday marked the 75th anniversary of the liberation of the Auschwitz-Birkenau Concentration Camp by Soviet Red Army soldiers. During the Nazi era in Germany, pre-war and of course during the war, some 1200 concentration camps and sub-camps were established throughout occupied Europe. Many of the worst camps were located in Poland, not simply at Auschwitz where more than a million Jews are estimated to have been killed, but Belzec as well, and Chelmno, Majdanek, Sobibor, and Treblinka.

While watching a BBC documentary from the 90’s earlier this week I learned that there was an area of Auschwitz referred to by prisoners as “Canada”.  It was the section of the camp where arriving prisoners’ belongings were sorted through, and prisoners yearned to be assigned there, at “Canada”, because it was less harsh, less cruel, safer.  The name Canada was chosen for its hopeful connotations, survivors shared.  To be in “Canada” offered greater chances of survival.

A moving three-hour long ceremony of remembrance and prophecy was held Monday, right at the main Auschwitz railway gate pictured above, an immediately recognized gate for millions, a gate through which hundreds of thousands of innocents were transported by rail to a horrific, hopeless fate.  I mention remembrance and prophecy as elements of the ceremony (on Youtube), since about 200 aged survivors were gathered for the event, as well as politicians and other dignitaries, the survivors’ memories vivid, stark, and troubling.  Yet some of those same courageous Jews, most of whom were children at the camps in the 1940s, gave impassioned pleas for the modern world to not forget, to truthfully, accurately educate younger generations on the Holocaust, and to challenge rising anti-semitism in the world.

Anti-semitism. I will confess to you that I am completely puzzled, and appalled, by the apparent return of anti-semitism in our world.  I thought humanity had truly made irreversible progress in this area, but in the UK, in New York City, and, strikingly, in Germany itself, reports of unprovoked attacks on Jews, and videos of same, in broad daylight, are growing.  Even more puzzling is the media’s seeming disinterest in exploring the disturbing phenomenon.  I personally would welcome a thorough, forthright journalistic investigation into the causes, but so far can’t find any.  Is it due to growing polarization in the western world, and increasing allegiance to the extreme ends of the ideological spectrum?  Is it in part a result of rapid, mass migration into the West from Muslim majority nations, those who often possess deep revulsion toward Israel and religiously informed solidarity with the Palestinian cause?  I don’t know.  I’d like to know.

What I do know, and you do as well, is that our Faith has deep roots in Jewish tradition, the Jewish story, and our Messiah was of course Jewish!  While much of latent European anti-semitism is directly related to Church history and centuries-old misreading of John’s Gospel, in particular, we recognize the deep connection we have, in sacred ways, to Judaism.

Perhaps this devotional might serve as a reminder that in our time we are called by God to take a stand, personally, against intolerance, hatred, and mob rule.  As it rises unexpectedly within, perhaps, our families, or our gatherings with friends, do we remain silent, or do we say something risky, unsettling, holy, something godly?